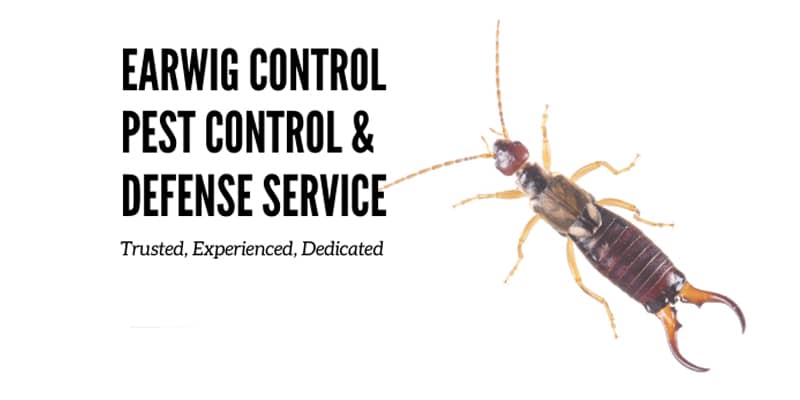 Everything You Need to Know About Earwigs

Despite the urban legends you’ve heard about earwigs, these insects do not crawl in your ear and chew through your brain! Quite the opposite, they’re actually generally harmless to humans. But that doesn’t mean you want to share your home with them.

These Phoenix, Arizona garden pests feed mostly on plants, small insects and decomposing materials. They would much rather be outside but sometimes they make it into houses, attracted by moisture and damp soil, making your crawlspace or unfinished basement the perfect place to call home. You may have spotted one in your bathroom before. That’s because they like areas of moisture or humidity.

Here are some things to know about earwigs…

If they have anything to say about it, they’ll stay away from you if you stay away from them. They prefer to spend time in dark, moist areas like under logs or rocks, emerging at night to feed.

2. They have pincers and long bodies

You will know it’s an earwig by the pincers at the backs of their abdomens, as well as their long, flat bodies. There are often black, brown, or red in color, and measure only about an inch long. While most species don’t fly, they may sport two pairs of wings that allow them to glide or fly in bursts.

They are attracted to your house by wood and leaf piles, or dense vegetation that butts up against your exteriors. When they get that close, they are lured in via cracks in the foundation or holes in your siding or vents. Earwigs avoid the hot Arizona sun by moving indoors

Unlike other bugs like cockroaches, earwigs don’t carry or spread disease.

5. They attack only when provoked

Earwigs will only attack or pinch you if you provoke them. If you do get pinched from an earwig, it shouldn’t make you bleed or break the skin. They don’t release venom either. But when scared, they release a foul odor.

Earwigs attract bigger, more dangerous, pests who want to feed on them. These include birds, scorpions, lizards, spiders, frogs, centipedes, and yellow jackets. This, and the fact that they can feed on your garden plants, is one of the main reasons why you don’t want an infestation of earwigs on your hands.

To keep earwigs away, you have to cut off their entry points:

Think You Have Earwigs?

Got an earwig infestation going on? Schedule your free inspection with your trusted Phoenix AZ pest control professionals when you contact us at 480-550-9220.

Get your free quote for termites

Get Free Quote
Earth Friendly Solutions
Our products are specifically chosen to ensure the upmost in environmental safety
Targeted Prevention
We believe that specific, targeted treatments far exceed any random doses of pest control products, even when generously applied.
Insured & Guaranted
Our goal is to provide you with absolute peace of mind. That is why our service is insured and backed up by our special money back guarantee

Affordable, efficient, and environmentally safe pest control company. We offer Organically Derived Products that are safe for pets and kids